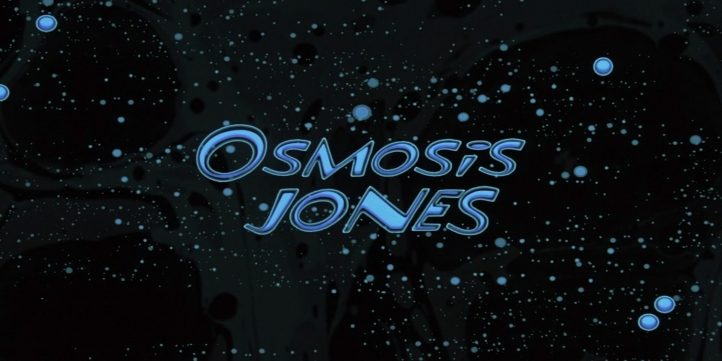 When Zoo worker Frank, single father to the young and bright girl Shane, swallows a germ-ridden egg, he gives billions of lifeforms inside his body much work to do. In the “City of Frank”, which has its good and its bad neighbourhoods, its own TV station, donut shops and traffic jams, the white blood cell Osmosis Jones is one of the many cops who try to keep up peace and order. Unfortunately, Jones seems to be the only cop in town who does not act by the book, but by his instincts. Even more unfortunately, his instincts don’t work out that often, and so he causes more trouble than he does good. But with that germ-ridden egg comes a mortal danger: The evil and deadly virus Thrax arrives in order to kill Frank within 48 hours, just to get his own chapter in the medical books. Starting out with flu symptoms in order to deceive the authorities and the public, Thrax makes his way through Franks body. Accompanied only by “temporary relief of symptoms commonly associated with flu” cold tablet Drix, Osmosis Jones suspects that there is more going on than just a simple flu. Meanwhile, Mayor Phlegmming is much more interested in his re-election than in real problems and tries to keep trouble down. So, it is up only to Drix and Os to stop the “red death” from making Shane an orphan.